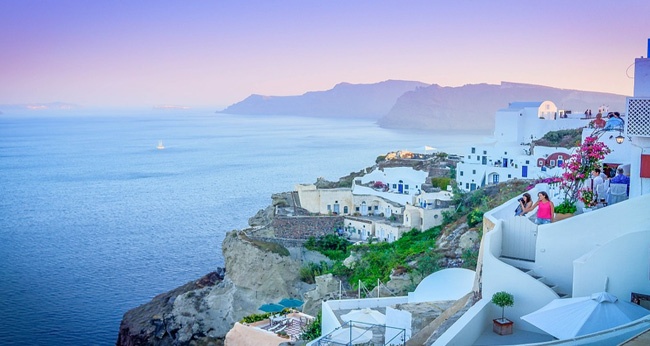 Greece is a popular destination all over the world, mainly for summer holidays, where it is shown much more than its winter and alternative destinations.
Tourism in Greece is a key element of economic activity in the country and is one of the most important sectors of the country.
Greece is an important tourist destination and a pole of attraction in Europe since antiquity, for its rich culture and history, which is largely reflected by the 18 UNESCO World Heritage Sites, amongst the most in Europe and the world, as well as for its great coastline, its many islands and beaches.
Greece attracted 26.5 million visitors in 2015 and 30 million visitors in 2016 making Greece one of the most visited countries in Europe and the world. According to a poll made in China in 2005, Greece was voted the first best tourist destination. In 2007, Greece welcomed more than 19 million tourists and climbed to the top 10 best tourist destinations.
The winter season is sweeter in the Aegean and Ionian islands than in the northern and eastern continental Greece. During warm and idle weather, the weather is constant, the sky is almost sunny, the sun shining and does not rain except in rare intervals with rapid rains or short storms of general duration.
The warmest period is the last ten days of July and the first of August, so the average maximum temperature varies from 30 ° C to 35 ° C.

Trackback from your site.

Your email address will not be published. Required fields are marked *